It began as the Humans of New York project and has now been taken up by many around the world. An intrepid photographer chooses random people in their city and takes a shot or two.

In this context, even though the idea came from the US, a ‘shot’ means a photographic one, not the other sort. The photos are then posted online, together with a short autobiographical quote from the subject. They’ve become wildly popular websites.

While the idea of approaching a stranger in this way has its appeal, I sheepishly decided that in a small city where you frequently run into friends and acquaintances, it’s a bit too confronting to attempt.

So instead, I’ve been taking my own snapshots around home but with a slightly different slant.

My latest project is called:

#31 Photograph the Whimsical (and the Wonderful) in your Neighbourhood

Once you begin doing this, you’ll never look at your surroundings in the same way again.

For example, does anyone have any idea why someone would toss two pairs of their discarded running shoes over electricity wires in a busy lane, as I photographed recently?

Urban myth has it that it may signify a place where you can purchase drugs, but wouldn’t that be too obvious? Or is it a way of recycling old shoes by turning them into “street art”, albeit not highly original?

Following this discovery, I noticed that the electronic news headlines which roll around the window of our local newspaper office each day can be inadvertently humourous.

…this is why I love living in a regional area

A further wander around town has highlighted some of the whimsical projects our local council is fostering. In an effort to reduce graffiti, they’re covering the small electricity boxes on various street corners in the CBD with specially-protected anti-graffiti photographic facsimiles of our more iconic buildings.

So not only do we have an attractive post office…

but now we have a ‘mini-me’ post office as well (plus a whippet to help with perspective):

Or if you prefer, you can play ‘spot the imposter’: 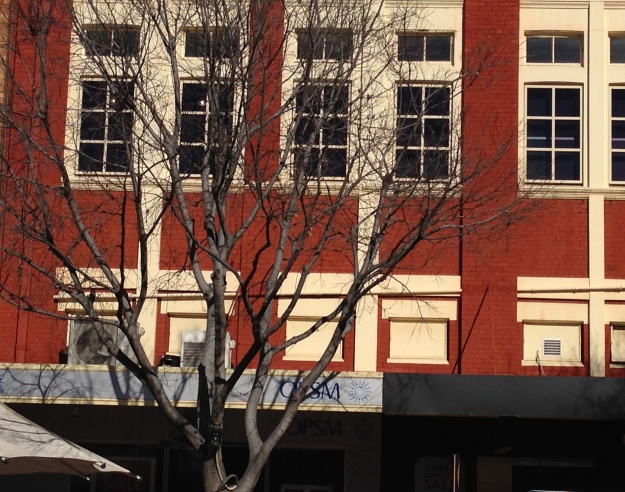 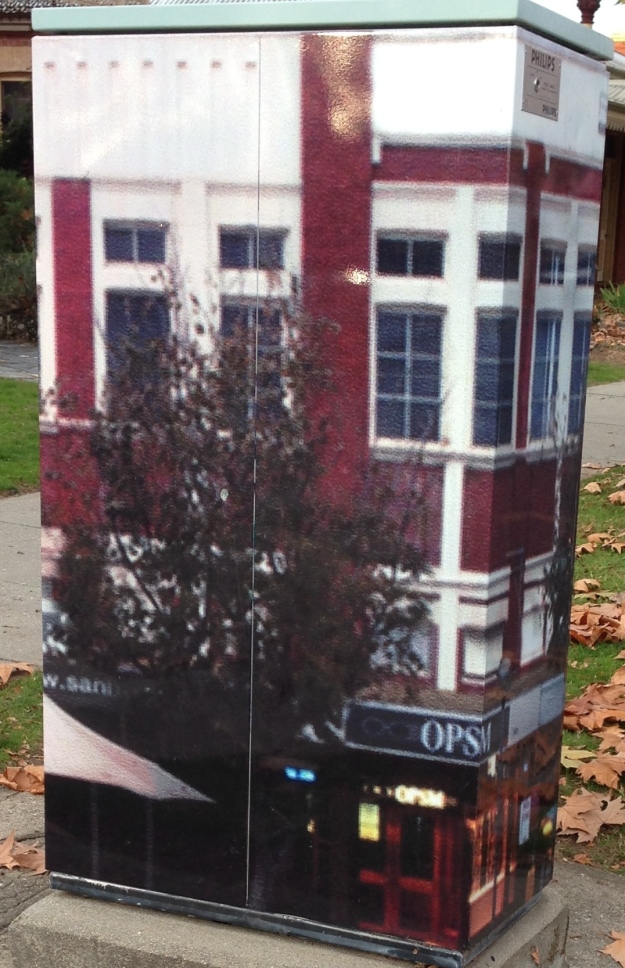 While doing some roof repairs to my home recently, workmen found this little gem tucked under the eaves. It will be the envy of politicians everywhere, taking the idea of  ‘feathering your nest’ to new, literal heights as the local sparrows collect the feathers of my moulting chickens to weave their plush homes: 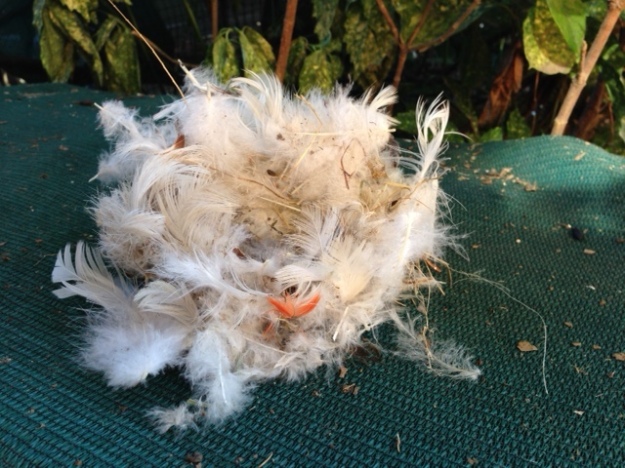 Can you imagine how good this would look cradling the starling’s eggs shown in an earlier blog?

Fit for a Disney Princess

And if you walk a dog often enough around Gateway Island, then one day, when the light and the weather conditions are perfect, you may capture a memorable image of Big Ears silhouetted against the lake…

…or the local wildlife might decide to put on a show for you at Noreuil Park:

The real benefit of this retirement activity is that it need never end.
Have smart phone …  will shoot!