Notice anything special about the picture below? 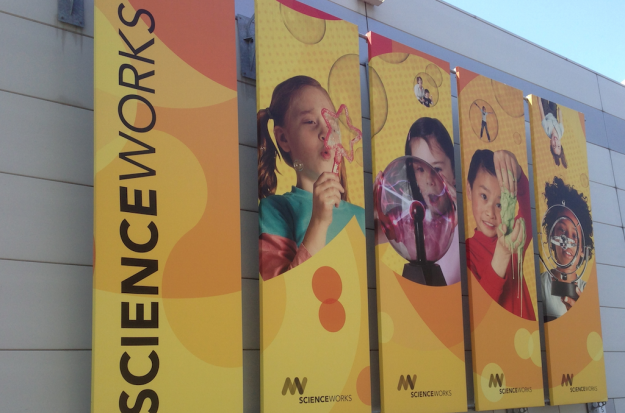 It looks like the entrance to a children’s adventure world, doesn’t it? A fun place to be if you’re young, but not really a site for adults.

I think they’ve got it all wrong. At this stage of life, I’ve finally realised how important it is to

And I’ve now discovered that Science Museums are definitely my favourite museums, despite the implied suggestion from that banner at Scienceworks in Melbourne’s Spotswood that they’re not catering to my demographic.

But I’ll let you in on a secret: when we arrived there mid week – without any children in tow –  we were welcomed warmly, albeit with surprise, and ushered in for free like some honoured older statespeople! 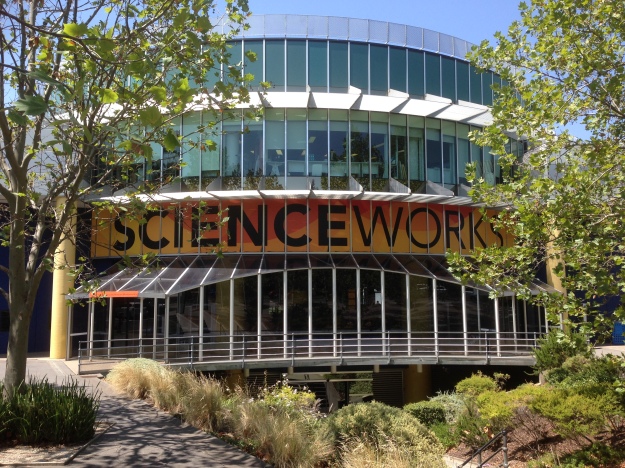 …and Science certainly works for me

I’ve visited several of the finest museums and galleries around the world:

Even our own MAMA knows that if you want to get them in the doors, it helps to provide fun and activities for all ages.

Look what the clever folk of Albury recently constructed with nothing more than a big pile of white lego over a few weeks:

and this wasn’t just built by the littlies…

I’ve revelled in visits to the Powerhouse Museum in Sydney’s Ultimo several times, but had never quite made it to Melbourne’s equivalent. Could it be because the name Scienceworks at Spotswood doesn’t have quite the same cutting-edge, futuristic sound as Powerhouse at Ultimo?

For starters, where is Spotswood? Is that the same Spotswood of Anthony Hopkins and Moccasin fame?

Turns out, it’s a mere six train stops on the Williamstown Line from Southern Cross station:

The first delight on entering – after finding out that it’s free for honoured older statespeople, of course – was discovering that the next time someone says to me, ‘You’re worth your weight in gold,’ I can put an exact figure on it:

Then there was an opportunity to look into the future. By asking you to choose your interests, skills and preferred work sites, a computer attempts to predict where you’ll fit into society in years to come, and then provides you with your work ID.

My companion discovered she’ll be a teacher – but as a hologram rather than a flesh and blood one – whereas my future job sounded much more exotic:

And we’ll all be conveyed in smart little electric concept cars like this GM Holden En-V. It has 2 wheels and self balancing gyroscopic control and drives itself: 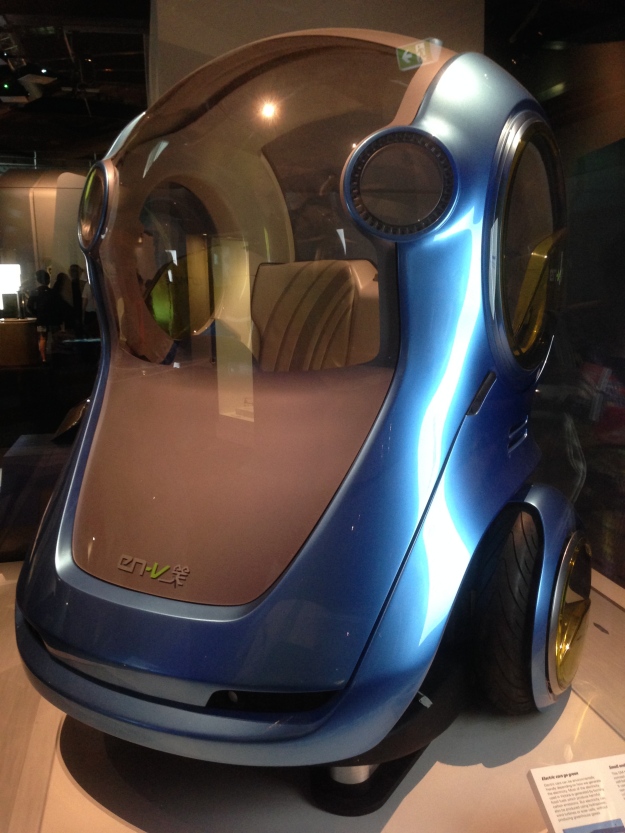 Then there’s the fun experiment of using a cunningly designed room to create the optical illusion that a person can change size as they walk across it.

Alas, it didn’t translate as well in the photographs as it did in real life. Perhaps it’s true that the camera never lies…

You can be timed racing against a virtual Cathy Freeman for a few seconds, too, to see how your acceleration rate compares to hers.

The short answer is, it doesn’t.

Probably the biggest surprise was doing the ‘height to armspan’ test. This ratio is supposed to be about equal in adult humans, meaning you’re almost as tall as you are wide when your arms are fully outstretched. This seemed to be the case for all the people who tested themselves in the museum that day. Except for one.

But then, there’s always someone worse off. Consider this hungry seagull, who came to visit us as we sat in the outdoor cafe shortly before departure. 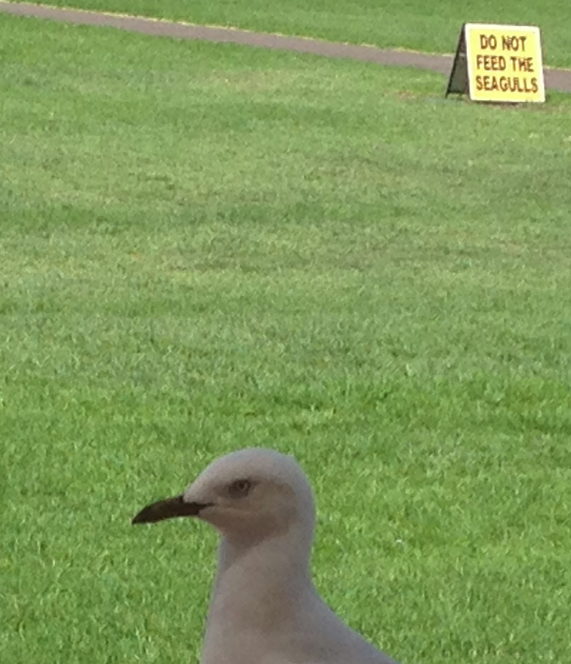 So much to experience, so much to ponder. Where did the time go?

Now I’ve found Spotswood, there’s no doubt about it.