Aah, road trips. Doesn’t the very phrase conjure memories of student days where long summer holidays meant jumping in the car with friends, turning up the radio as Simon and Garfunkel went to “look for America” and heading off somewhere fun and new, preferably near water?

Of course, I didn’t have a car in those days, wasn’t much of a swimmer, and was way too shy to take off on such adventures, so I actually have no memories of anything as exciting as a youthful road trip, but at least friends’ stories and Simon and Garfunkel gave me a taste of it.

But finally the time has come: to re-create the free-spirited younger life I never really had the first time round:

My sister and I had planned for some years to head over to Western Victoria and the Grampians to dine at the renowned Royal Mail Hotel restaurant in Dunkeld, so when Sydney friends had the same idea, we decided to do the Western Victoria Road Trip and meet them there.

But best of all, we realised it could be a nostalgic trip by catching up with old friends and relatives on the way and revisiting our birthplace at Ballarat.

I’m delighted to report that nostalgic road trips are as enjoyable as I imagined. Reuniting with old friends is like eating crumpets and honey in front of an open fire on a cold, wet night. So comforting, so warming.

The company was wonderful throughout our trip  – and so was the food.

There’s a lot of quirkiness to be found on road trips, and in Australia, this often seems to revolve around animals. Trentham, in central Victoria, is keen on wombats: 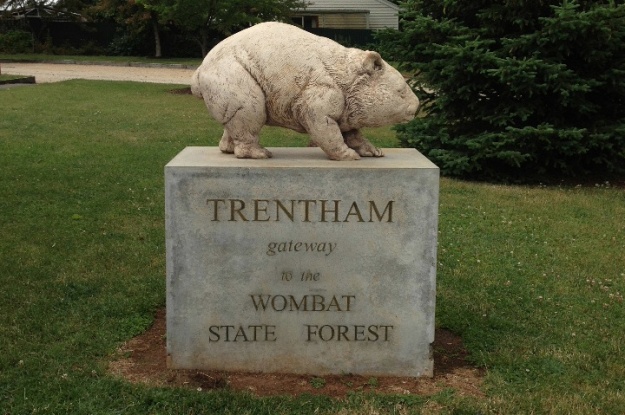 But they also seem to like animals not normally found in our climes: 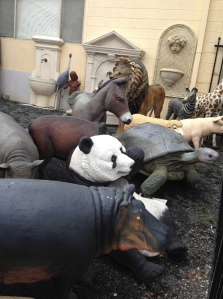 Panda and friends opposite the wonderful Red Beard Bakery in Trentham

And who could go past the larger-than-life kookaburra in Dunkeld? 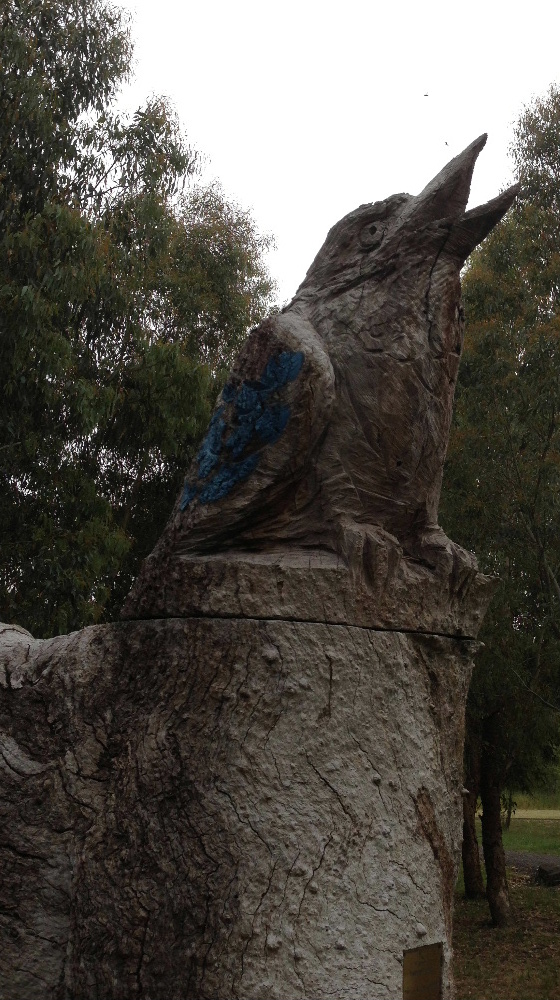 I also learnt about lychgates on this trip, when friends told us of their plans to construct one as an entrance to the property they’re planning to build in Trentham.  I love it when you hear about something for the first time, then you keep hearing about it or seeing it and you wonder how you got so far in life in such ignorance.

Lychgates originated in England and were built to shelter coffins awaiting the clergyman at the entrance to a churchyard, but despite the name, they don’t necessarily have a gate attached to them. Here’s an example I found, with much excitement, in Hamilton, just 2 days after finding out what a lychgate actually was: 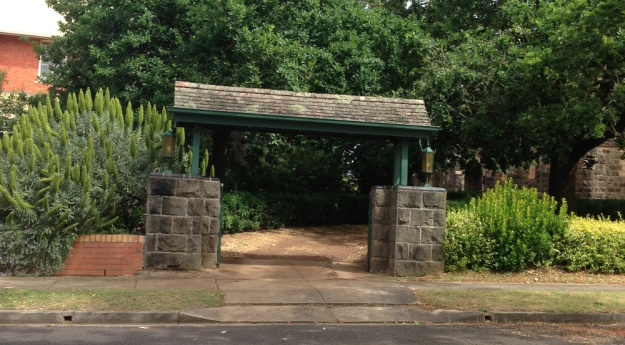 My first sighting of a lychgate-style entrance…

But blow me down, upon arriving back home and boring all my friends with tales of lychgates, I was told that not one kilometre from my home was a perfect example of one at the entrance to our pioneer cemetery – replete with a gate:

A beautiful example of a Lychgate – a few hundred metres from home!

But the massive hedge with the word Bolinda carefully sculptured into the side took the prize for the quirkiest sight on the trip.

Why is “Bolinda” meticulously carved into this hedge?

And in another of those “you hear about something for the first time, then you keep hearing about it or seeing it” moments, I came across a billboard on the Tullamarine freeway as I returned home that screamed www.bolinda.com.

Now this website belongs to a publishing company, but is it related to my hedge located somewhere between Dunkeld and Hamilton?

You’ve got to love a good mystery!