It wasn’t until Form One (as Year Seven was called back then) that I was introduced to the magical world of boating.

This was courtesy of Kenneth Grahame’s engaging tale of the adventures of Ratty and Mole, Badger and Toad in The Wind in the Willows.

Who wouldn’t be seduced by Ratty’s pronouncement in the very first chapter?

Alas, I was growing up in a bitterly cold, inland city without a beach or river to its name, nurtured by loving parents who… well… you couldn’t call them outdoor types. (This may explain why, on my first-ever camping trip at age 22, I had no idea that you didn’t pitch your tent in a cosy hollow under a gum tree. Especially without checking for the possibility of torrential rain during the night.) So my love of boating was entirely imaginary for many years.

What better time to change all that now though, and live the dream. A chance to…

Ratty was spot on – it’s so worth doing.

Boats, of course, come in all shapes and sizes. And degrees of safety.

There was that disastrous early experiment with three friends, when we were sent down a raging Murray River in two canoes, on our own, by the Dodgy Brothers’ Hire-a-Risky-Boat Adventures.

Thanks to life jackets and expert recreational kayakers who raced across to pluck us from the water as we parted ways with our canoes and careened towards South Australia, I lived to brave the river again one late afternoon as dusk was falling. But this time, it was in the back of a canoe with a World Champion/Murray River Marathon winner doing all the hard work in the front seat. Bliss!

Racing down the Murray and up Wodonga Creek taking curves at breakneck speed with an expert guide is truly exciting, even though he mistakenly thought he could further spook me with a diversion past a bat colony.

If Scandi Noir is the mood you’re after though, then messing about in a boat at New Zealand’s Doubtful Sound is just the ticket. All dark and brooding and ominous. No wonder James Cook was doubtful it was navigable when he named it.

You could well be at the end of the earth. Oh, hang on a minute…

Even the silhouette of a travelling companion takes on a sinister hue in this part of the world. 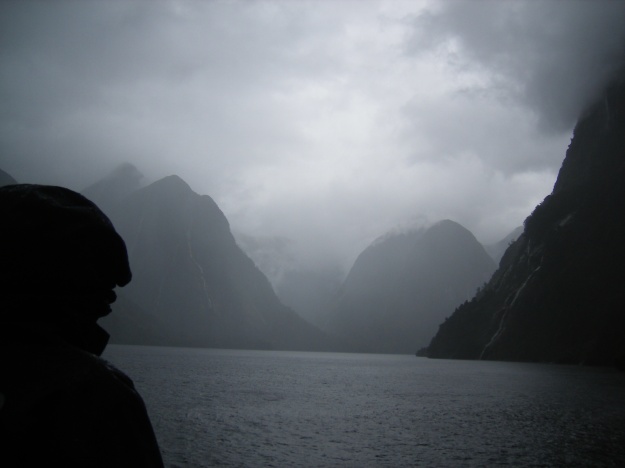 Exploring in a boat means you can get up close and personal with all manner of wildlife. 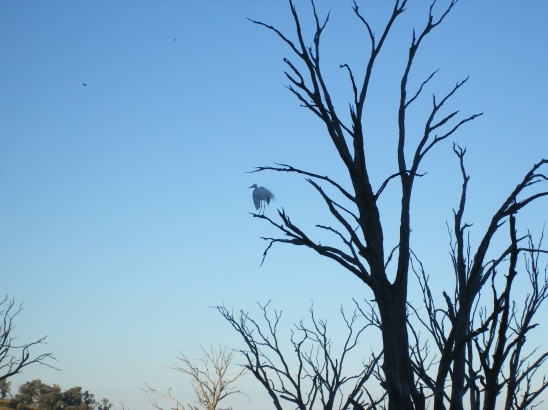 But you don’t have to travel miles away from home to find a relaxing boating experience.

The Sienna Daisy is a new cruise boat purpose built for the Murray River right here in Albury. No more worries of a river too low to support the mechanism of cumbersome paddle steamers, romantic though they may be.

Take a 60 or 90-minute scheduled river cruise or book a private function. Include the Captain’s Lunch of a BBQ and salads if you want and complement this with a glass of wine.  All your worries will disappear into the water as you float along, caressed by the gentle movement and sense of escape.

And If you’ve ever wondered why Noreuil Park has such an unpronounceable name, you can find that out, too.

I could have boated all day…

and just a stone’s throw from home…

No doubt about it, messing about in boats is the bees knees.

I wonder if it’s too late to consider buying my own boat? Of course, I’d have to get a bigger car, too  – with a tow bar  – and a boat trailer. And learn how to reverse them all down a narrow driveway and a slippery ramp without jack-knifing. Is that do-able for a post-adult woman, I wonder?

Because I can’t help thinking that being the skipper of your own boat would make you feel like a Master of The Universe. 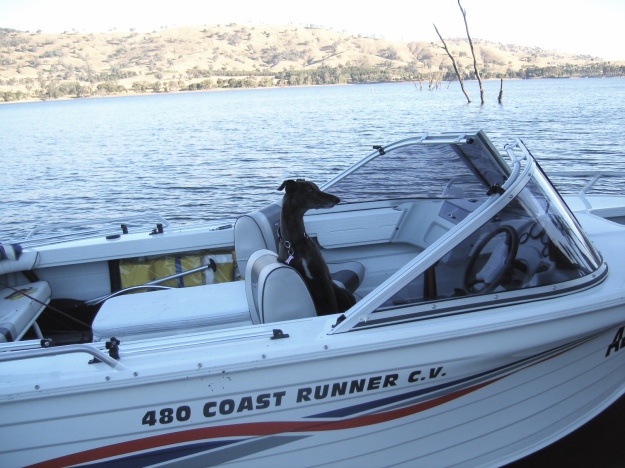